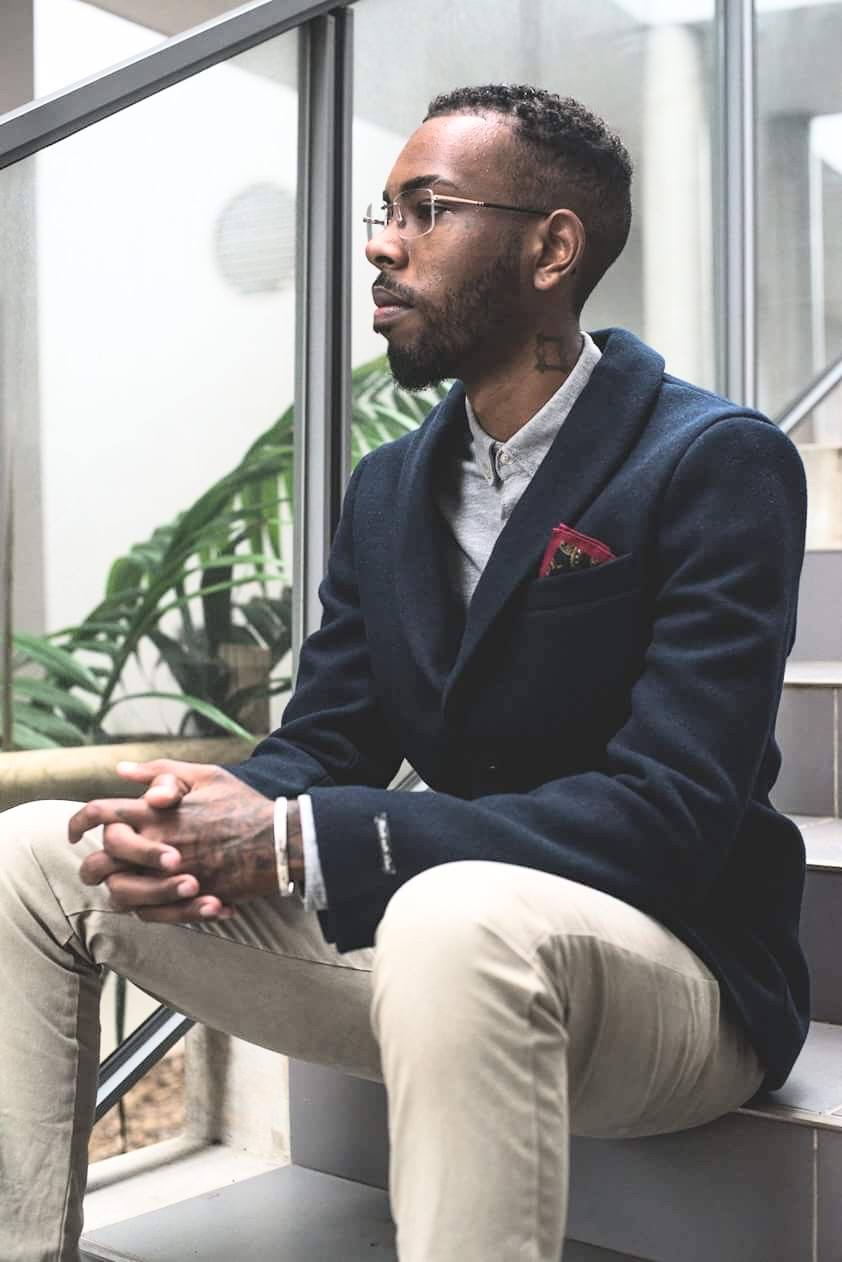 Sébastien Blum, whose real name is Sébastien Mohamed, is an artist, a designer and a French entrepreneur, born in 1992 in Reunion Island. As a multidisciplinary artist, he touches on everything and considers that art should not be limited to conventional media and techniques.

He spent his childhood in Reunion Island. At a very young age, he developed an unconditional love for art, through music, drawing and urban arts.
As a teenager he is part of a music group in which he is a singer. He divides his time between college, his passion for drawing and his love for urban sports. Blum travels to England for the first time on a language trip. He will return marked by the English culture, avant-gardism and the accentuated presence of art in everyday life.
At fifteen, to sign his graffiti, he takes the nickname "Bloom" in reference to the main character of the movie Big Fish by Tim Burton. Nickname that will be quickly replaced by "Blum" (always pronouncing the same way), come to hang on since his usual name. At this time he began to take an interest in the world of tattooing but to get some pocket money he improvised himself as a barber / hairdresser. With the money generated by an artistic performance with his band, he creates a hairdressing workshop with his grandparents and quickly begins to create artistic motifs, sculpting the hair of his clients. The workshop quickly takes a more consistent aspect, when the weekend the place becomes a real place of exchange and debate. Place, where people from all walks of life come to get their hair cut but also to talk about current events, new trends, culture ...

After studying architecture in high school and graduating in architecture and housing, he stopped studying with the intention of living his art. As a first step, he will spend two years juggling a variety of small jobs and an apprenticeship at a tattoo studio. In 2010, the young artist begins to undertake and work alone as a tattoo artist. In the same way he realized digital creations which was widely shared, notably via smartphones. In 2012, he obtained a University Diploma in Business Creation.
Subsequently, he decided to leave Reunion Island, to discover Europe. He lived in France in a small country town. He worked for some time as a barber in a town on the border between France and Switzerland, near Geneva. He left his barber's post after a few months.
Having continued his artistic activities, including painting, drawing and tattooing. He managed to get some orders for his artistic creations in France and Switzerland. He began to live of his art at this period.

Following a particularly enriching stay in England, the artist returns to Reunion Island in 2014. He founded on 15 April 2016, the company Sébastien Blum. On the occasion of the official launch of the website on October 19, 2016, he presents to the general public the series of works SERIE 1 and the experimental line SE / 21. With this approach Blum creates a new approach to art, fashion and design.

Less than a year after the presentation of the SERIE 1, Blum presents the SERIE 2 (or the art of sinking) on ​​September 1, 2017. This time the artist has created and reinterpreted furniture from recycled materials. On this same occasion is announced the launch of the line HD / 21, experimental line inspired by SERIE 2.

In 2020, the company is inaugurating its first physical studio. An art and design studio symbolically located in Firminy. Located at the gates of the city of Saint Etienne (City of Design), the city of Firminy is famous for housing one of the most important creations imagined by Le Corbusier. Blum becomes official sponsor of the Boxing Club du Soleil of Saint Étienne and notably supports an English boxing gala bringing together international boxers. That same year, he produced the work SOUVENIR FROM EARTH 2020 during the pandemic. Highlighted by various media, the creation was a real success and it was sold at auction. The funds raised made it possible to support a charitable association.

In 2021, Blum becomes president of the Elite Boxing Association and presents two clothing collections, both focused on sport. At the end of the year, the artist created a surprise by unveiling the music video for the title "Tell Me". First extract from an E.P called "Jardin sur La Tamise". Blum recorded himself in a studio created for the occasion.

In January 2022, Sébastien presents his project "Garden on the Thames" to the general public. The E.P is a internationnal success and many media articles will be distributed there. In the process, Blum presents the "Dictature" collection, a collection that joins the SE/21 line.

In April 2022, a 14-page article dedicated to Blum's work was published in MOZAÏK magazine. A month later, the designer presented TEAM BLUM at the WebCup, an international competition during which participants must create a website in less than 24 hours. All with a given theme and constant twists. TEAM BLUM wins the competition in Reunion. During this same period, Sébastien launched "Les petits ateliers de Blum", small artistic discovery workshops for children.

During the month of June 2022, with more than 2.5 million views obtained and more than 20K followers, the Elite Boxing Association becomes the most popular Reunion boxing club on the TikTok social network.